Skip to content
Next
Blair Robertson: The Early Years… The Magician 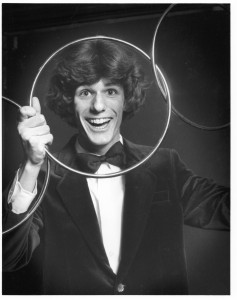 I made up my mind to become a magician the day my great uncle made a coin go through my Mother's dining room table when I was in grade one.

My great uncle taught me the coin trick and how to remove the end of my finger. Later he taught me how to cut a string in two and put it back together and some very cool card tricks. I quickly became quite well known for a kid in grade one!

I was terribly shy. And unlike virtually all my friends, I had no interest in any sports. Discovering and mastering magic tricks gave me confidence and allowed me to be different and, like the magic books promised, I got to be the “life of the party.” And more importantly, I got to talk to… girls!

I remember holding the Canadian silver dollar that he used to put through the table and crying at his funeral. I still have it today.

My Granda the Medium

Although I didn't realize it at the time, my grandfather also had a profound influence in my life. He gave me a deck of Tarot cards that seemed to just “speak to me.” He talked to me about the other side, intuition and the psychic world in general. He showed me how to read tea leaves, something he was quite known for.

But I was young and a know-it-all. Psychic stuff was interesting and the cards and stuff looked cool, but I wanted to be a magician and was single-minded. Granda's last words to me were, “you have everything you need, here,” pointing to my heart.

Most kids love summer. I hated it as it was two months of doing nothing. My friends all did sports, but I had no interest. In 1978 that all changed when my Mother won ten free passes to the Canadian National Exhibition and free food. So, with a bit of money for the bus I was off to the CNE.

I'll never forget the sign: Free Family Magic Show–6 Shows A Day! And so, for ten days straight I went and watched every single show The Great Diijon performed. He soon noticed me and invited me backstage and told me that I reminded him of himself as a young kid watching Blackstone the magician.

He hired me to help him! I was in heaven! But over the next few years, something interesting happened. I quickly discovered that while the audience was thrilled at sawing a woman in half, the levitation, the hilarious guillotine routine… who do you think packed and carried all that stuff? Yes, that's right. Me. And that stuff weighs a TON!

But nothing would discourage me. Diijon encouraged me to become a psychic and a hypnotist. He told me stories of the old vaudeville mindreaders and hypnotists who traveled with NO equipment. That was nice, but… I wanted to be a magician.

I invented a mysterious sounding stage name: Robb Merlin. With advice from my friend, I went down to the library and looked up the old newspapers which were then on microfiche. I'd go back four years and pick out the birth notices and send out cards to parents of kids who were about to turn five years old. I'd book birthday party shows on weekends. Sometimes up to four parties! I was quite the young businessman.

At 14 years old I was in business doing parties for a staggering $45 a show. I did this for a couple of years, lugging my big magic box on the buses, subways and streetcars in Toronto.

Then it happened. One miserable winter day, I'm standing at the bus stop the bus ended up being half an hour late. Worse, I stepped in a huge puddle and my feet were soaked and cold.

I traveled half way across the city and the last bus drops me off at the wrong stop. I had to lug my heavy trunk about a mile to the party. The mother was upset because the kids thought Robb Merlin wasn't going to come. She made me take off my shoes and socks because they were soaking wet. Standing in front of a bunch of kids soaked and exhausted I thought to myself, “I'm done.” Strike one.

My theater arts teacher Miss Lindenberg asked me to do some magic for the school as she often would, but pointed out that I was repeating the same tricks and needed something new.

Sidebar: It takes ages to learn tricks like the linking rings well. It took me months of practice to create the illusion of one ring melting through another. And that's the problem. The routine on stage is only 3 minutes. The students were bored seeing me do it again and again.

So, I went to my magician friend and he encouraged me to use what I had: my intuition to do psychic readings from the stage and finish by doing stage hypnosis. He taught me the basics and outlined the show for me.

The Hypnotist And Mindreader

I was terrified. I was sick backstage. Could barely stand on my rubber legs. The thought of walking out on stage without a magic trick as a crutch scared the daylights out of me.

To be honest, I barely recall doing the show. It's a blur. I called out names, dates, places and numbers that meant something to the audience members. I did a prediction that stunned them. I invited kids up onto the stage to hypnotize and hypnotize them I did! (My friends were amazed, but nobody was more amazed than me!). It went over HUGE.

For the remainder of the time I spent in high school, I was constantly reading palms, doing psychometric readings and giving predictions. I got booked to do other high schools as a hypnotist and that was the beginning of my “showbiz” career… performing without having to lug boxes around with nothing but my mind and some audience volunteers. Just like in vaudeville!

Have I given up magic? Not at all. In fact, I still collect “magicana” such as famous magicians posters, old props, etc. I love it.

I'm grateful for magic and the confidence it gave me. It's a terrific hobby that can provide hours of pleasure.

Shhhh. Want to know how magicians levitate a lady?

Can you keep a secret? 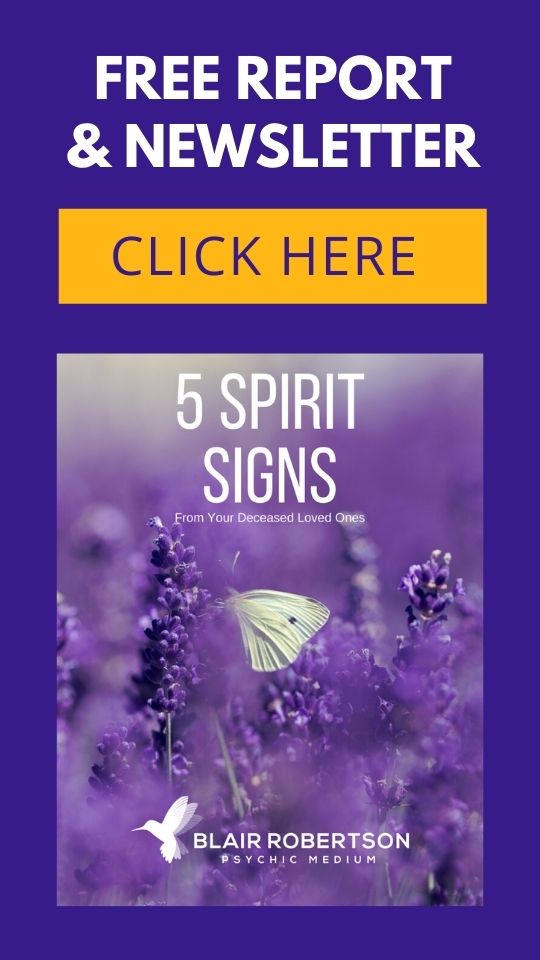